The Tosa, which is also known as the Tosa Inu or Tosa Ken (both "Inu" and "Ken" mean dog), is a highly-prized dog-fighting mastiff in Japan. The fight itself is ceremonious, and the dogs tend to fight quietly; because of this, the dogs are often called "sumo dogs." In many countries, this breed is considered dangerous, and some countries have even outlawed possession of the dog. Tosas are rare outside Japan. Despite being bred to fight, however, this breed's personality is relatively relaxed.

These dogs were bred specially for fighting. While a Tosa Inu fight is a unique spectacle, they are still massive dogs whose potential for destruction is great. They are definitely not for first-time families, but they are fine with experienced handlers who have children in the house. Attacks by lovingly raised and well-handled Tosa Inus are uncommon but Japanese Tosas may still be banned in your city (or even country).

This regional mastiff, which is readily available in Japan but not very frequently found elsewhere, is the fighting dog's fighting dog. Because of the rarity as well as the somewhat singular purpose of this breed, there tends to be a lot of conflicting Tosa Inu information. While there is clearly pain and suffering inflicted, the fights are not like typical dogfights; the men who execute the events spend most of their time controlling the dogs verbally and physically while the dogs sometimes bite, sometimes wrestle each other. These can be dangerous dogs but around people they know, however, and non-canine animals, they don't pose a physical threat unless they have been specifically manipulated.

These are extremely intelligent dogs. They must be trained, but they will listen to their human alphas. While they will regard strangers with suspicion, they rarely attack. They understand their size and power tends to be an able deterrent. Because they are bred to fight quietly, these dogs don't bark much, if at all. They are remarkably loyal to their family, and one of the most protective dogs out there.

Another odd aspect is that they don't need as much exercise as you might think. As they develop slowly, they must be exercised carefully so their growing bodies are not injured; at the same time, they can't be neglected lest their natural desire to be rambunctious gets the better of them. You definitely don't want this huge dog chewing up your house because he's bored!

The typical Tosa color is red, or any shade of it. They almost always have a black mask, and sometimes have white markings on the chest. There are a few other coat colors too, and they can be multi-colored:

As rare as this breed is, however, it is even rarer still to find a black Tosa Inu. 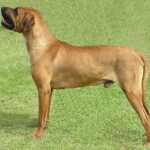 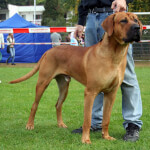 The Tosa is a giant breed, and the largest of all breeds from Japan. There are two informally recognized varieties: those bred in Japan and those bred elsewhere. The Tosa Inu weight in Japan is typically smaller, from 80 to 135 pounds. They can stand as tall as those bred in Western nations but may be leaner or even on the lower end of the height scale.

Those bred outside the country are usually much larger, from 100 to 170 pounds. There are those that can weigh 200 pounds. Most of those bred outside Japan are often found in the USA, and these beasts stand around 24 to 30 inches tall — sometimes slightly taller.

20-24 in
*Height is measured in inches from the front paws to the top of the shoulder while the dog is standing on all four legs.
90-170 lbs

The Tosa is a breed produced exclusively for dog fighting, but when properly trained and correctly socialized, they are very gentle, loyal and protective dogs who tend to bond closely with family members. They don't bark much, but they are highly suspicious of strangers and naturally aggressive around other dogs. The Tosa Inu temperament is a remarkably calm one, but they absolutely require an experienced trainer as well as a true human alpha at all times.

Extremely early training is essential. Starting as late as a few months can easily allow this dog to be unmanageable when he gets bigger — and these dogs get big! Since they mature rather slowly and usually are not fully grown until about 4 years old, you should be ready for the long work. While they behave well around children, they should be supervised to make sure the children don't play too roughly or, if they are very small or young kids, the dog doesn't accidentally knock them over.

Below are pictures and images of the Tosa Inu. 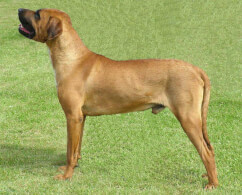 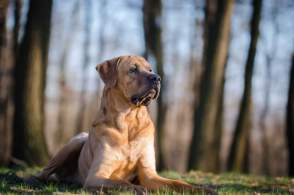 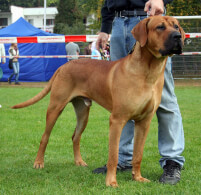 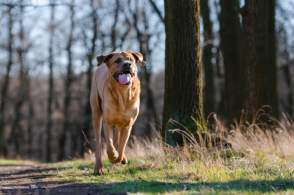 The Tosa seems to have few, if any, hereditary health concerns. The breed's size, however, does prompt problems. Like any giant dog, there is the possibility of bloat and joint dysplasia. They are also noted to have eye ailments.

As these dogs tend to be expensive, you should be sure to get all the health checks and vet certificates to ensure you have a a properly produced and healthy-as-possible puppy. This, along with proper care and a loving home, should see your Tosa live to be 10 to 12 years old.

The following dog breed registries and organizations recognize the Tosa as a dog breed: