The Shih Tzu is among the most popular small dog breeds in the world. The breed is known for their humorous, friendly, and bold attitude which makes the breed favorable even with individuals not fond of the breed.

Shih Tzu's were bred for companionship and so by instinct they are very friendly dogs and want to be with their owner all day. It is not uncommon for shih tzus to follow their owner room to room without any incentive.

Below are common characteristics and traits associated with the shih tzu breed:

The shih tzu is one of the worlds oldest dogs. The breed can be found in paintings and writings as old as 618 A.D., but it is likely the breed is far older than that. The breed was first noticed in China and have been associated with that region ever since.

The shih tzu was bred to be a companion dog, most likely for royalty and well off individuals in the China region. This instinct has stayed with the breed ever since as today's shih tzus only want to be with their owner and any attempts to teach shih tzus other skills generally result with a confused look on the dog's face.

As a strictly companion breed, shih tzus do exceptionally well with children and other pets as well as with strangers. The breed's small size makes them easy to be carried around and they have adapted to be flexible with any environment (as long as it's with their owner) whether it's in the car or in a small apartment.

Below are common coat colors for the Shih Tzu dog breed. 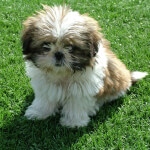 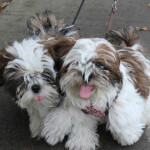 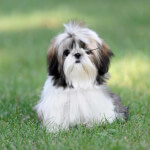 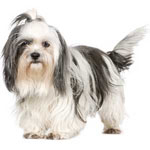 Below are pictures of the Shih Tzu dog breed. 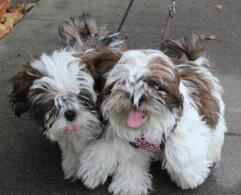 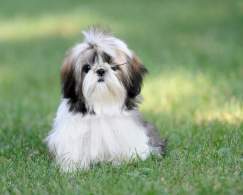 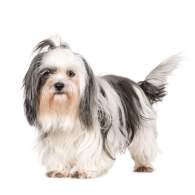 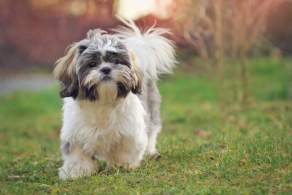 Below are health issues and concerns most common in Shih Tzus

The following dog breed registries and organizations recognize the Shih Tzu as a dog breed:

All breeders with 'Quality Breeder' recognition have met our Quality Breeder Requirements.
* Please note - we are not endorsed or affiliated with any of the breeders listed above. However, we do our best to only list reputable and established breeders.
Shih Tzu
Breed Description
Breed Colors
Breed Pictures
Breed Health
Shih Tzu Grooming
Shih Tzu Care
Explore
Dog Breeds
Dog Colors
Dog Names