The maltese is a popular toy dog breed known for their elegant looks and their long silky white hair. The breed is a companion breed and desire to be with their owners as much as possible. Their small size makes them great apartment dogs, but it can also makes the maltese a fragile dog.

Maltese are prone to being spoiled and can develop unfavorable temperaments towards other dogs and children if they are overly pampered by their owners. As a companion dog they can develop separation anxiety if left alone for long periods of time.

Below are the characteristics and traits of the maltese dog breed.

The maltese is one of the smallest toy dog breeds. This combined with the popularity of even smaller versions of toy dogs has made the maltese sought after since they rarely get to 7 pounds and are 8-10 inches tall. Their small size makes them an ideal companion dog for owners who enjoy taking their dog with them with hassle. The only drawback to the breeds size is their fragility as they can easily get injured by rough play whether its from other pets or people.

The maltese is intelligent and has a happy personality. Well rounded maltese are friendly and warmly greet strangers and other pets, however they can be timid towards other dogs and children (especially if the maltese has been spoiled by their owner).

The breed is well known for their long silky coat, which, if cut properly, gives the illusion that the dog is floating across the room rather than walking. The maltese lacks an undercoat so they shed very little and are considered a hypoallergenic dog. However, since the coat is white it can easily get stained and it can tangle easily so the maltese requires frequent grooming.

The history of the Maltese dog dates back thousands of years. Believed to be one of the oldest of all toy breeds, Maltese history starts with the ancient Egyptians; artifacts depicting Maltese-like dogs suggest the little animals were prized by that culture. The Maltese history timeline continues with the Greeks and Romans, who held the Maltese in high regard as well. These early cultures even inspired one of the Maltese's nicknames: people believed the Maltese had healing powers, and these dogs would be put on the pillows of the ill or infirm to cure their sickness. Ever since, the breed has been has known as "The Comforter."

Healing powers or no, exact Maltese origin has been long debated. While a majority of historians believe the origin of Maltese dogs is the island of Malta, an archipelago off the southern coast of Italy--hence the breed name--others maintain that Maltese dogs' origin is actually the Italian mainland. Still others say true Maltese dog origin begins in Asia, where the breed is an ancestor to other toy breeds from that continent. All this to say that the the answer to "Where are Maltese from?" might have numerous answers!

Whatever the case, the Maltese grew in popularity through the centuries. During the expansion of modern Europe, the breed became a favorite lapdog for British and French royalty, and in paintings from the era Maltese dogs were often portrayed accompanying women.

By about 1700, though, Maltese heritage almost came to an end, as breeders tried to reduce the dog's size even more; the breed was almost destroyed as a result. The Maltese was saved only through the efforts of resourceful breeders who crossed the few remaining dogs with other small breeds like the Poodle and various spaniels. The Maltese breed was saved--and this "creative breeding" actually saw the formation of other toy breeds like the Bichon Frise and the Bolognese.

By the turn of the 20th century, the Maltese was popular worldwide. Today, these toy-sized dogs and their flowing white coats are always crowd favorites at dog shows. The Maltese ranks 37th on the American Kennel Club's list of 195 recognized breeds.

The toy-sized Maltese may only stand about eight inches high--but this dog is the very picture of elegance and grace. Its flowing, often floor-length coat provides a Maltese the illusion of "gliding" across the floor.

Below are common colors and color variations of the Maltese dog breed. 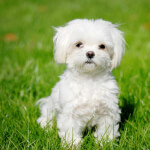 To describe Maltese size in one word: tiny. The size of Maltese dogs is usually even smaller than cats! A "full-grown" Maltese is in fact a relative term. Maltese height is only 7-9 inches, and Maltese weight is seven pounds at most. The weight of Maltese dogs can even be as low as three pounds.

8-10 in
*Height is measured in inches from the front paws to the top of the shoulder while the dog is standing on all four legs.
4-9 lbs

Is a Maltese a toy breed? Of course. As much as any breed of dog, a Maltese fits its size description! As far as different Maltese dog breeds, though: there is only one Maltese breed of dog. And within the breed, there are no real variations in coat, size, or specific physical features.

In regards to the Maltese coat: Maltese hair is always white and long. A Maltese with long hair can, of course, get a haircut--but a long-hair Maltese is standard.

As to size: the Maltese breed standard allows weight of up to seven pounds--and the standard has no minimum. This means every Maltese is simply called a "Maltese"--no size variations exist. Of course, some breeders ignore that and advertise a huge variety of small Maltese for sale. And though the dogs may indeed be tiny, they're still called a Maltese.

Lively, charming, bold, and often fussy, the temperament of a Maltese is one of activity and affection. The Maltese temperament makes these little dogs friendly to most everyone; the personality of a Maltese can, however, develop Small Dog Syndrome, whereby the dog becomes incredibly bossy and domineering. For this reason, early obedience training and lots of socialization is highly recommended for the temperament of Maltese dogs to be its best.

On the other hand, a Maltese dog's temperament makes the little animal pretty easy to train. The breed is intelligent, and should be able to learn tasks, tricks, and commands rather quickly. Positive, reward-based training methods are best.

The Maltese personality actually makes the breed a pretty good watchdog too. Though they're obviously too small to deal with any potential threats, Maltese personalities will make them curious and vocal around unknown sights and sounds.

Is a Maltese a good family dog? It can be--but not always. To some Maltese, kids are just competition for attention. Also to a Maltese, family is important--but the dog likes to be at the center of it! As with any breed, it's best if a Maltese and kids are raised together.

Another precaution for owning a Maltese: children age 5 and younger will need to be supervised around these dogs. Because of the Maltese's tiny size, small children might injure the dog if the play gets too rough.

Overall, a Maltese will normally get along with other pets--especially if they grow up together. It's worth noting that these tiny dogs can be fearless, and may challenge much bigger dogs without hesitation!

And are Maltese good with cats? Usually, they are. Maltese and cats don't have a problem getting along. Honestly, to a Maltese, a cat is just another animal to steal away attention.

Below are pictures of the Maltese dog breed. 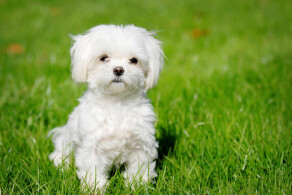 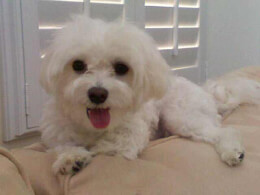 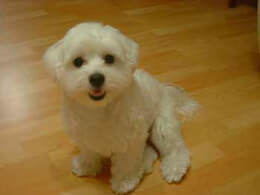 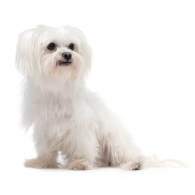 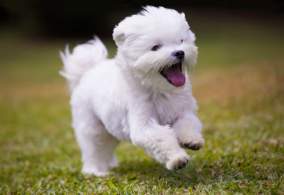 Having a Maltese as a pet can be complicated. These little dogs demand attention, they often bark excessively, and they can get injured easily because of their small size. They're usually loads of fun, too, though--life with Maltese as pets is never boring!

In terms of living accommodations, Maltese are fantastic apartment dogs. Your Maltese, regardless of home size, will need to live inside with its human family members.

Below are health issues and concerns most common in Malteses

The following dog breed registries and organizations recognize the Maltese as a dog breed: